Well this is new.

I’m kidding, I’ve made a life and a career out of making mistakes.  Sometimes, they’re big mistakes, and sometimes they’re small.  You know, like buying gas station coffee.

But I gotta say this:  Scrappy Badger?  Pfft.  More like Deaf Housecat with Arthritis.

I may have started the 2019 race season with a cough and a whimper, but I’m finishing on strong legs and giant lungs, with a huge smile on my face.

I don’t know what happened, but the Scrappy Badger (you know, the race that had me hating my bud Dan Marshall on the pre-ride) was actually kind of fun.  Okay, it wasn’t fun in the traditional sense of fun (like a sweet game of naked Scrabble), but for a bike race, it was a ripper.

Maybe it was it the fact the temperature on on the pre-ride was hotter than Satan’s armpit, while race day was balmy and cool, like the beard on the dude pouring Satan’s craft beer (damn, that was a hard fought analogy).

Maybe it was it the fact that I wasn’t trying to keep pace with bicycling legend Dan Marshall (who drove me like a rental car).

Or maybe it was two months of riding in between (and so much gravel, MTB, and hiking)?

The race started at Baltimore Community Centre, but it didn’t  There was actually a neutral roll-in for 2k from the Community Centre down the road to the START, which was a real-life, working gravel pit!  And so, as I wrote in my Pre-Ride Report, we started from whence we came.  So awesome.

If you know the area, the course went basically from Baltimore to Castleton, and then back again, along every piece of ugly asphalt, uglier gravel, even uglier gravel, and taking a detour at every stretch of farm track, atv trail, goat path, and seasonal river.  Oh, and drumlins.

The Scrappy Badger had ALL the drumlins.

The course followed the same route as the aptly named “Northumberland Nasty” bike race, and can be summed up by one very short stretch of the race.  At about 45k, I was rolling past Drumlin Lane, somewhere just a bit northeast of the bustling hamlet of Eddystone.  The name gave me a sick feeling.  “Drumlin?”, I thought to myself “Well, that can’t be good.”.  I’m an amateur geographer (really, I’m not) and I know a lot about drumlins and glaciation (really, I don’t) and a moment later, there it was, looming up ahead, like a big thing that looms over a small thing (geez, analogies are tough today).  It was a giant drumlin.  Drumlins are strange things.  They aren’t cute, like their name suggests (“Aww, let’s run through the fields of heather on Drumlin Lane…”) they’re big and ugly and a real pain in the calves (see what I did there, because leg cramps).

Btw, for those unaware of what a drumlin is, it’s basically a hill of stuff left when the glaciers retreated.  From the Google:  “A drumlin is a small hill, tending towards an egg shape, with its steepest slopes and summit at the up-ice end. Drumlins are found in groups or swarms, with the tapered end of each hill pointing in the direction of glacier flow.  And they’re a giant pain in the ass for cyclists.”

Thank you Wikipedia.  Also, I may have added the last sentence

Let me say this:  Northumberland County is full of drumlins.  They’re friggin’ everywhere.  It should be called Northumberland Friggin’ Drumlin County.  I think it’s on a Welcome sign somewhere near the happy town of Grafton.

Over the 78k of the Scrappy Badger, we mounted about 3,800 feet of drumlins.  They just didn’t stop.

Anyway (oops, I totally got off track), the Scrappy Badger took a long but gentle climb off the start, and really, the first 20k was pretty decent, but after that…

When in the deep sand, I found a good rule was to always stay in a wheel track, except not always because sometimes the sand was compact…and there were giant puddles…and some mud…and the gravel was meaty…and the sections just got worse (except they were worse from the beginning)…and then the wind started to howl…

Honestly, a true Race Report is hard to write because the course just didn’t let up, and after a while, it all looked the same.  Sure, it was beautiful, and I never noticed during the pre-ride how close it came to the lake (there were actual vistas of the lake), but there was just so little time to breathe it all in–what with the prolonged heart attack and sustained leg cramps…

Geez.  Fist sized rocks, a foot high drop-off on one of the sections, thigh deep ruts, a bunch of wind, and over and over again.

And hills!  In the last 15k, I stalled on 3 pretty big climbs.  Fortunately, they were on asphalt instead of gravel, but by that point, it really didn’t matter.

The race ended with a long and gentle slope downhill, and a quick gravel rip back to the FINISH at the gravel pit.

So why did I have such a fun time?  Um, bikes.  Also, because I had a wingman.  Actually, Le wingman.  Mon ami, Simon (he’s French) was there after a summer long cycling hiatus that he spent on a soccer pitch with his kids, and riding those damn drumlins and sections was pretty sweet with my pal.  Also, as I said, the gentle pace made the grind more bearable. 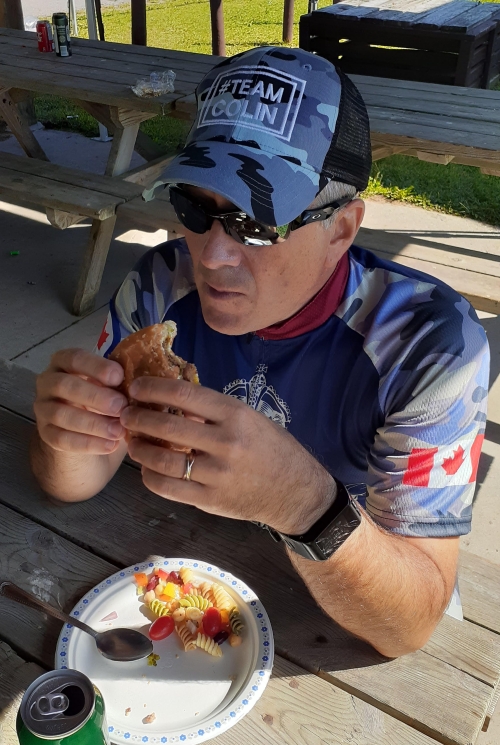 During the race, I also connected with a new pal, Gord, who took many of the course pictures posted in this blog.  Thanks man, it was great to share the last 20k with you.

I also met Lee from Iowa at the Scrappy Badger, who was here to check out the Ontario gravel scene.  Lee was plowing through the course at the most consistent pace I’ve ever seen, and we nipped past each other a few dozen times (what, I took three pee breaks), before chatting at the BBQ when it was all done. 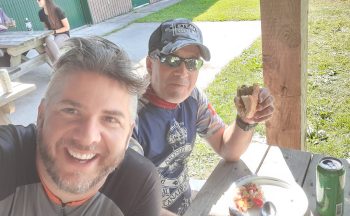 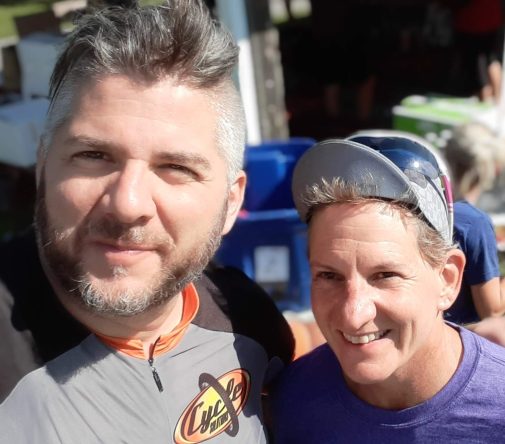 My official time was just under 4 hours.  On one hand, ouch, but on the other hand, I’ll take a 20km/h pace given the course conditions.  Plus, as usual, the race was all mine.  No drafting, no taking a wheel: 100% Team Colin.

Did I mention I raced for free?  Legendary Lapdog Barry Cox (his words) couldn’t make it to the race, and put his registration up for grabs.  Boom.  Thanks Barry.

Legend, wait for it… 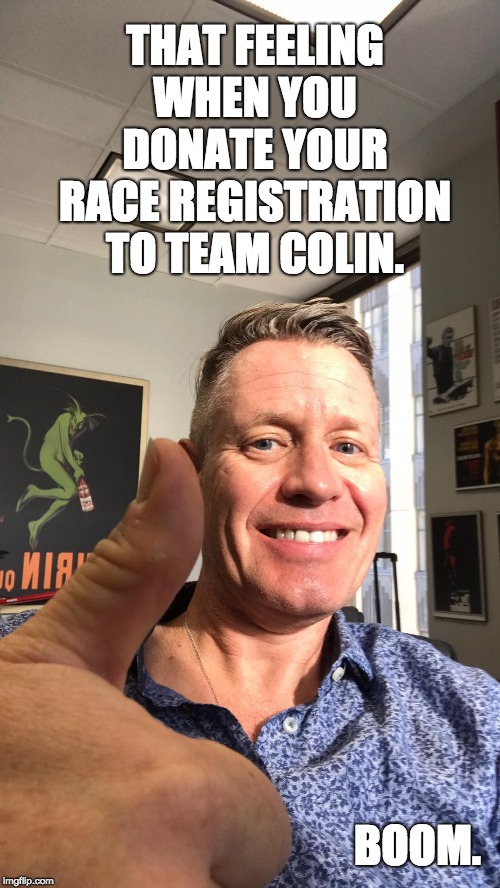 The inaugural Scrappy Badger was even better than I expected…and I didn’t even have to start eating earthworms, insects, and grubs (like a badger–see my last post).

And with that, Ontario gravel race season is over…almost.  Superfly Racing’s Reggie Ramble is in two weeks, and I can’t wait.  With three distances (65k, 130k, and 200k), and starting in the town of Warkworth–which is in a valley surrounded by, you guessed it, a bunch of drumlins–it’s going to be awesome.  Also, Sean Ruppel, a dude named Reggie, and Superfly Racing.  ‘Nuff said.  So wicked.

Here are some shots that I took of my Substance Projects (and extended) family, and even my actual family (hi mom): 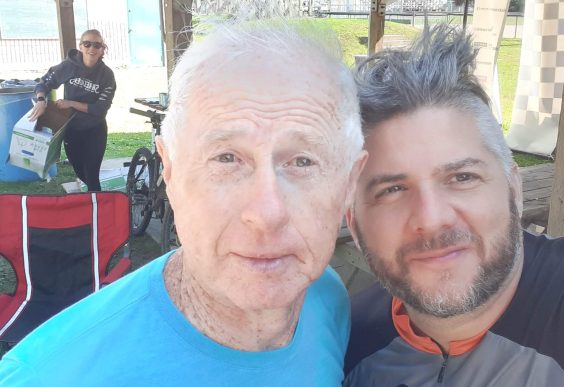 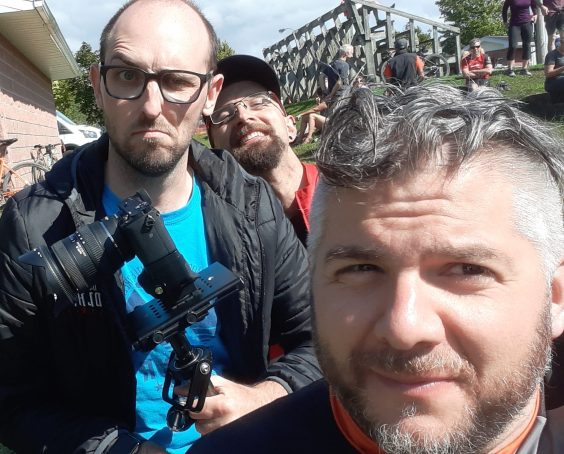 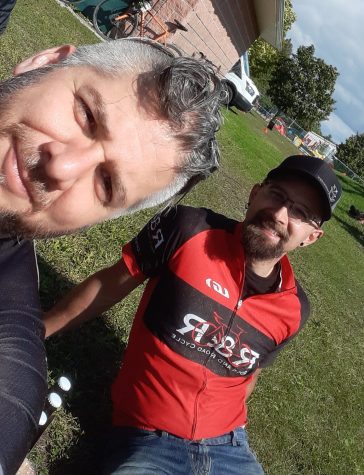 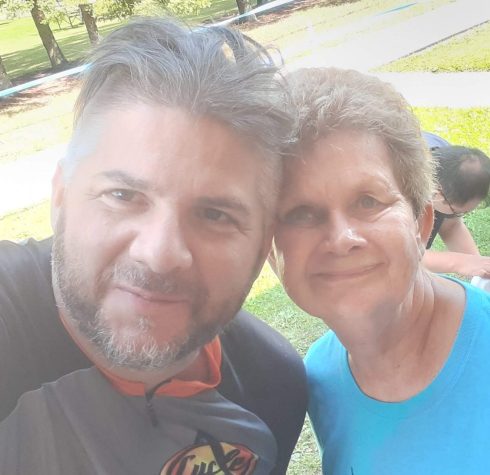 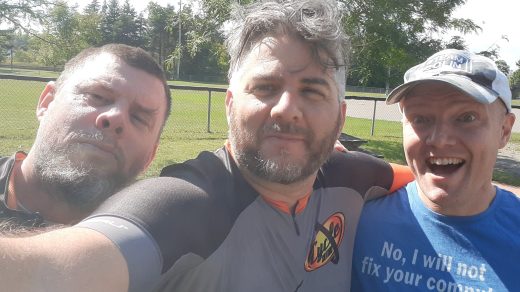 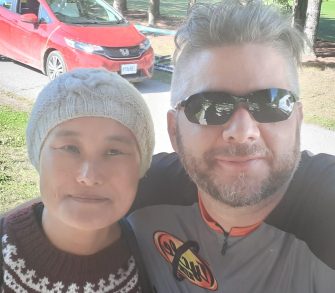 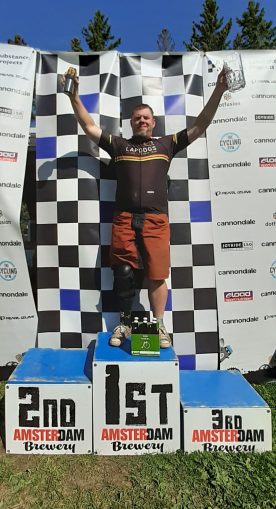 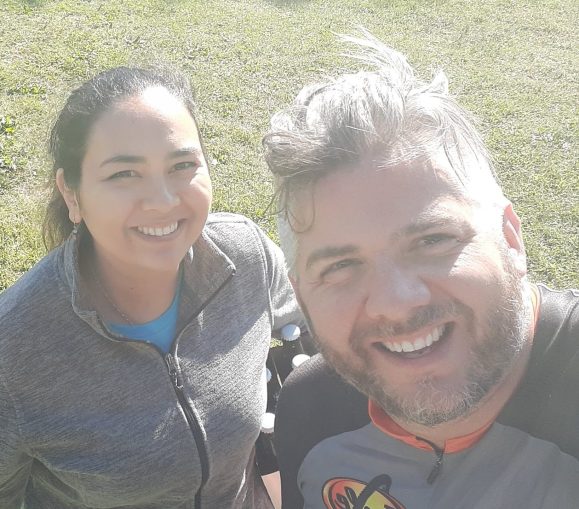 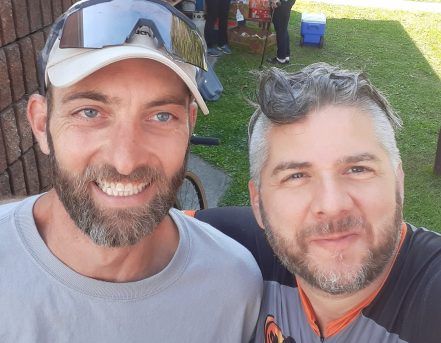 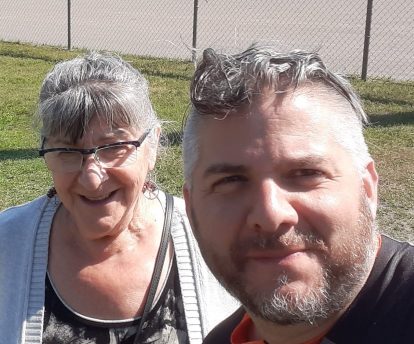 Feel free to comment on this blog, or send a message to: TeamColinBlog@yahoo.com

It's happening! At 1 PM today, go to www.MyQuiz.org and enter the code 056165 It's a Bikes and Bike Stuffs Quiz! Let's do this.
Okay, I'm doing something that is either really cool, or really dumb. I'm making an online quiz. After I create it, I'll post the sign-in info online, and people can take it LIVE. I'm aiming for noon one day this week (maybe even Hump Day), so I have to act fast. The problem is that I'm dumb, and don't know much. My goal is to make the quiz easy enough to have fun, but hard enough to have more fun, and I want to have questions that "anyone who races" will get really fast, or anyone who is a mechanic will get really fast, but not everyone will get everything fast. If you have a questions that you think are fun, or might stump people, send me a DM. DO NOT REPLY TO THIS (um, because people will see it). Also, when you send your question, send the answer (I'm dumb, 'member?). I'm thinking about questions like: What is an egg beater? What is the typical length of X race? Race questions, technical questions, trail questions, bike stuff... Gravel, MTB, fatbike, and BMX (because Drew Bezanson is totally my pal).
Checking out a formerly unused trail at Thomson Park today.
At @joyride150 with my pal Dan Marshall. Boom.
I posted a pretty complete 2020 Race Calendar on my blog, with most of the MTB, gravel, and fatbike races within an hour or so of Toronto, along with a bunch of links to organizers, races, weekly series, and even a few rides. Season 20/20 is going to be EPIC, and you don't need perfect vision to see that. www.TeamColinBlog.Wordpress.com
Reflections on this year's Bike Show: meh. That is all.