Lemme me say it again:  Wohoooooooo. 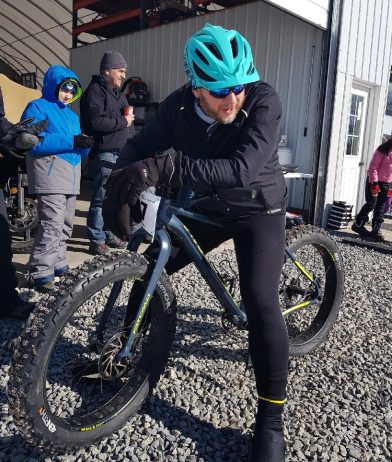 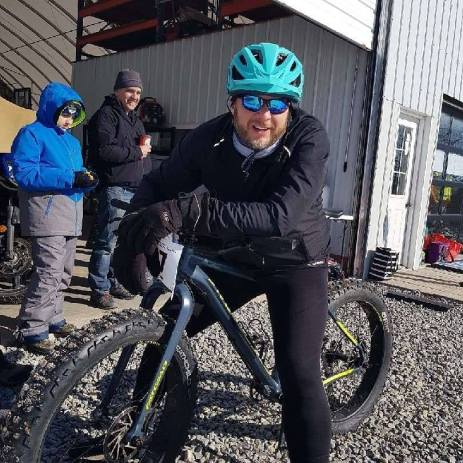 Although I know someone who is really ready.  Like really REALLY ready:  Mother Nature.  Yep,  It’s the first bike race of the season, and Mother Nature wants to play bikes so badly that she is bestowing Southern Ontario with Rainmageddon…followed closely by a cooling that will result in Icemageddon.  Saturday’s forecast:  A helluva lot of rain, and a helluva lot more freezing rain.

Let me say it again.

Not even close.  My current physical condition, which I’d describe as globulously robust, is a mess:  Sore joints, too little sleep for too long of a time, and the muscle mass of a jellyfish.  Seriously, I should probably be convalescing somewhere on the French Riviera instead of convulsing while buttoning up my clothes.

So why am I racing on Saturday?  Simple, there’s a race.  Let me check the forecast again…

Well, as I said on a Facebook message board earlier this week, “…ain’t no story like a Substance Projects post-race story”.  If we wanted easy, we’d be scrapbooking.  Sure, it’d be nice if there was a middle ground somewhere between a tea party and the horror of a Dan’s Race, but there you have it. 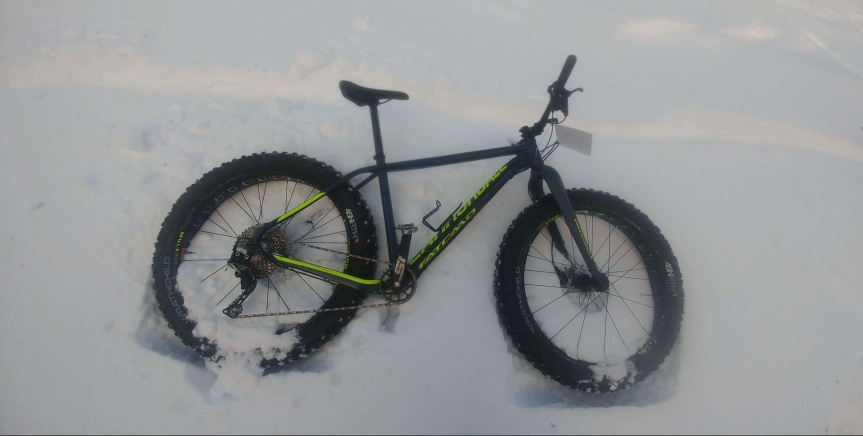 Saturday’s forecast makes me think about past fatbike races, when the course and conditions were less than optimal.  Honestly, a few years ago, when the sport was new, and grooming wasn’t as widespread–or existant–as it is now, we didn’t just battle weather, we had to battle EVERYTHING:

…like that time we raced in a 4″ trough in the slush:

…or that time the entire race course was covered in ice:

…or that time the race started when I was peeing (and it was minus a billion degrees):

…and that time it was so hard that I wanted to sell my bike and cry:

…or that time I got pulled from the course due to darkness (I know, ouch):

So there’s a trend here:  Racing a fatbike in the winter can be…tough.  Maybe it’s climate change, maybe it’s bad luck, maybe it’s just the way it is, but with a very short fatbike race season in Southern Ontario, there really has to be a perfect storm (see what I did there) of good luck to nail the perfect conditions for a fatbike race or ride.

But sometimes it actually happens:

…or that time the trail conditions (and the bike) were absolutely perfect:

…or that other time everything was perfect:

Hey wait, can I talk about that time I was did a review on Norco.com?:

The Man, the Myth, the Legend.  Aw man, that was epic.

So this fatbike racing thing is…complicated.  Worse, as I said early in this post, fatbiking is specifically a winter endeavour for me (sorry full time fatbikers, but there is a singlespeed MTB–and a sweet gravel bike too–that make my heart rev the rest of the year), and that makes me a lousy fatbike rider from a technical perspective as well.  Really, I figure there is only about a month and a half of truly decent fatbike riding conditions close to Toronto, and with this job and family thing, if there’s a race, and if I can get out, and if the conditions are great, and if a million other things…well, you see where I’m going.  It’s rarely ideal, and even when it is, it really isn’t.

Fatbiking can be lousy in bad conditions, bit if it was easy, we’d find a way to make it harder anyway.

So we might as well embrace whatever gets thrown at us, and go for broke.  If I don’t become entombed in a giant ice cube on Saturday afternoon, but if I don’t I’ll let you know how that philosophy is working for me…

And hey, maybe Mother Nature will change her mind and play nicely tomorrow…

Here’s the full shot from the header image:

…that time Ted Anderton caught me trying to fly on my fatbike.