Well, the OCA has cancelled or postponed all events until July 6th, 2020, so here is an updated calendar.  It ain’t getting prettier.

Talk about bad timing.  I posted this calendar a few days before the wheels fell off the global bike, and the word plunged into the chaos that is likely to stick around for a while.  This year’s race and ride season is changing drastically and by the minute.

I want to keep this calendar posted as a reminder of what could have been (hey, reminiscing and daydreaming are a nice bit of positivity these days), and especially to give us a sense of the financial loses the various race organizers are facing.

As per the OCA and the Cycling Canada, all race events are cancelled until May 1, 2020.  In early April, they will reassess the events scheduled between May 2 to June 14, and advise the cycling community accordingly.

I also edited or removed most of the text that I wrote before the calendar because, well, COVID.

Unfortunately, the season is in rough shape.

On the plus side…

This calendar lists most of the MTB, gravel, and fatbike stuff within an hour or two of Toronto.  Also, after the calendar, I’ve also listed some Extra Stuff, Dates, and Links, which includes:

NOTE: The races that I plan to do are in bold.
January

So, um, Wednesday is a big night…

If you read this and see a mistake or omission, or if you want to say anything else, please let me know. You can always comment on the blog, comment on my Facebook page, or send a message to: TeamColinBlog@yahoo.com 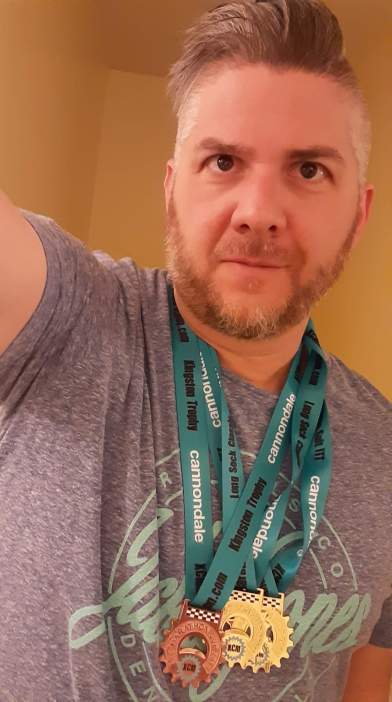